Ark of the Covenant Has Been Found - Part 1

Did you know that the ark of the covenant was found in 1982? I came to know Christ in 1986 and just now discovered this!!  It's amazing how the news of this great discovery has not spread throughout the entire Church.  I think this is probably the greatest archeological discovery of all time.

Ron Wyatt and his team found the ark of the covenant.  He was walking outside Jerusalem with a Jewish archeologist, and wondered about a garbage dump that he saw.  Suddenly his hand pointed to it and his mouth said, “That’s Jeremiah’s grotto and the ark of the covenant is in there.”  The man with him suggested they go dig it out, but Ron wasn’t sure it could be possible according to Scripture for the ark to be located there.  He wanted to go back and search the Scriptures first to see if it could be possible.

Ron later came to the conclusion that during the siege of Jerusalem by the Babylonians, the king had built a catapult to strike the Babylonians, since he wasn’t obeying God and surrendering.  Therefore the Babylonians built a second wall around Jerusalem, just outside the range of the catapult.  The area between the wall of Jerusalem and this siege wall is no man’s land.  He thinks that Jeremiah took the ark out to this no man’s land at night and hid the ark and some other important temple furniture in a cave, then built a false wall in front of it.  And perhaps he either never told anyone where he hid it, or the information was lost and it was never found.

So they spent years digging it out.  During that time, he found a place atop Mount Moriah, where there were holes in the rock that had plugs in them made of stone shaped like a truncated pyramid.  They were square holes about two feet deep.  He found four of these and surmised that they were the holes used to insert the bottom of crosses during crucifixion.  They were set up to perform a maximum of four crucifixions at once.  He surmised that this was the real Golgotha where our Lord Jesus was crucified.  It is located at the highest point on Mount Moriah, perhaps the same spot where Abraham went to sacrifice Isaac.

After much searching through a honeycomb of caves and tunnels, he found a tiny hole covered by a stalactite.  At first, his assistant, a man with a small frame, was able to squeeze through the hole.  But as soon as he got into the room, he came right back out with eyes full of terror.  He asked, "What's in that room?  What's in that room?"  And although he did not see anything, he refused to ever go back into it.  In fact, he left the entire cave system and never returned.

So left to himself, Ron widened the hole enough to get through it himself, and found a room.  He squeezed through it and with his flashlight he saw something gold glittering. So he removed the rocks, dry-rotted timbers and animal skins that covered it, and discovered what he believed was the table of showbread.  He then saw a large stone case with a stone lid on it.  But the lid was too close to the ceiling of the room for him to see what was inside it.  Then he saw that the lid had a crack in it.  Above the crack was a crack in the ceiling.  And when they did measurements, they determined that this was directly beneath the crack he had found by the foot of cross base atop Mount Moriah.  He saw that there was black stuff on the crack in the ceiling and black stuff on the cover of the lid over the stone box. 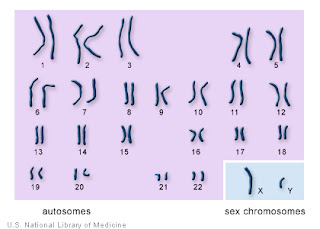 He took samples to the hospital and had it tested at a reliable lab.  They said it was very old human blood, but it only contained 24 chromosomes.  There were 23 from the mother and one Y chromosome.  According to Genetics Home Reference, “Chromosomes are thread-like strands of deoxyribonucleic acid (DNA) that carry the genes and transmit heredity information. A human being normally has 46 chromosomes (23 pairs) in all but the sex cells. Half of each chromosomal pair is inherited from the mother's egg; the other half, from the father's sperm. When the sperm and egg unite in fertilization, they create a single cell, or zygote, with 46 chromosomes. When cell division occurs (called mitosis), the 46 chromosomes are duplicated. This process is repeated billions of times over, with each of the cells containing the identical set of chromosomes.”

When the lab technicians reconstituted the blood in a growth medium, to their surprise they discovered that the blood was live! So they asked Ron Wyatt whose blood this was, and he said with great emotion, "It's the blood of your Messiah." Therefore, the blood of Jesus Christ only had Mary’s chromosomes, since there was no man involved in his conception, and the one Y chromosome from Yahweh.

Ron Wyatt eventually got the lid off the box.  He was able to look down inside of it and see the ark.  Above it were the cherubim above the mercy seat with their wings touching.  He wasn’t sure he should touch it, but then took stock in the fact that he was a blood-bought Christian.  He touched it and saw the Ten Commandments inside.  The rod of Aaron and the jar of manna were not there.  He surmised that when Christ died, and the stones were split, these rocks cracked and the blood of Jesus ran down through the cracks and onto the mercy seat atop the ark of the covenant.

I cannot really do the story justice here.  You need to hear it for yourself.  I encourage you to watch Ron give his testimony about it online in the video below and don't miss my conclusion at the end of this article.


Video of First Hand Witnesses Who Knew Ron Wyatt
Many damaging things have been said about Ron Wyatt, attempting to discredit him.  However, before you listen to any of those slanderous accusations, let me encourage you to listen to those who knew him.  He was a very humble man of prayer and deep conviction.  His heart was to help people get to heaven, and he had a personal relationship with Jesus Christ.

A good place to begin is with the following video that contains the testimony of Kent Hovind, who personally spoke to Ron Wyatt about this.


My Conclusions
After listening to Ron Wyatt's own testimony and that of people who knew him, it does not seem likely to me that this man lied about this discovery.  I mean, he brought a blood sample to a hospital lab for analysis and received the findings that are reported above.  That alone would be a major lie.  If he did not discover the ark, then how could he have gotten such a lab result from Jewish technicians who did not even know what they were testing until they reported the results to him? I find it harder to believe that Ron lied about this whole thing than to believe that he actually discovered the ark.

This discovery confirms the actual location of the crucifixion of our Lord Jesus Christ, the Messiah, where the blood flowed down from the cross and fell upon the mercy seat of the ark hidden in a cave inside the hill beneath the cross.

I also encourage you to go to www.wyattmuseum.com, where you can see the many other major discoveries made by Ron Wyatt, including Noah's ark and the Red Sea Crossing site.

Author's Note: Please see "Ark of the Covenant Has Been Found - Part 2." For further research, you may also read excerpts of the written account of this discovered on the Wyatt Museum website (see here). Another excellent article to read is "Who is Ron Wyatt?" by Kevin Fisher.  If you enjoyed this post, you may also like the other posts in this blog available through the Main Directory. You may find a complete collection of my blogs at Writing for the Master.

Do You Want to Know Him?
If you want to know Jesus personally, you can. It all begins when you repent and believe in Jesus.  Do you know what God's Word, the Bible says?

Please see my explanation of this in my post called "Do You Want to Know Jesus?"

Len Lacroix is the founder of Doulos Missions International.  He was based in Eastern Europe for four years, making disciples, as well as helping leaders to be more effective at making disciples who multiply, developing leaders who multiply, with the ultimate goal of planting churches that multiply. His ministry is now based in the United States with the same goal of helping fulfill the Great Commission. www.dmiworld.org.
Posted by Len at 6:07 AM